How to Accept a Compliment

Posted by Cheryl Mitchell on August 15, 2016 in Blog | Comments Off on How to Accept a Compliment 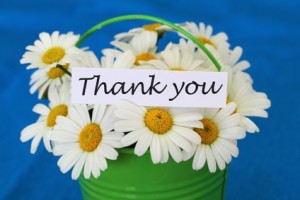 Have you ever noticed how some people don’t receive compliments well? It’s interesting how differently people respond when complimented. And how sometimes a person receives a compliment about their attire quite well, yet when complimented on the quality of their work, they seem to lessen the compliment with disparaging remarks.

When I was a teenager, my mother told me once that the graceful way to receive a compliment is to simply, feel grateful for the compliment and say thank you with no need for explanations or to back away from it by rationalizing. Just smile and thank the person.

That short conversation has played in my memory often. I only recall her telling me that on one occasion when she was with me and a teacher of mine complimented me on my appearance. The compliment embarrassed me and I tried to shake off the uncomfortable feeling by verbally batting the nice words away with a lame comment about how I couldn’t possibly look that nice, I was too big of a girl to really look that nice.

“No, really,” she said, “you look very nice in that dress.” I stopped babbling and just looked down at my feet. My mom started talking to the teacher and after a moment the teacher walked away and it was time for us to leave. As we were making our way to the car, my mom shared her small bit of wisdom with me to take compliments gracefully with a smile and a heartfelt thank you. I remember I didn’t say anything back to her. I didn’t know what to say. I didn’t think I could do that. It just felt so uncomfortable when someone told me I was pretty or I looked nice. I didn’t understand how I could just smile, thank the person, and then be done with it. I preferred not to be complimented in the first place.

It would be quite a few years before I really began to understand what my mom was trying to teach me, and I realized that she didn’t receive compliments well herself, yet she wanted me to be different than she was and feel good when I received a compliment. I began to learn that gracefully receiving a compliment could be accomplished when you no longer felt uncomfortable with being complimented. Once you actually believed what the person was telling you, then you could receive the compliment. 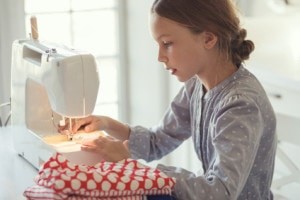 I did quite a bit of sewing when I was in middle school and high school and made some of my own clothes, and when someone would say they liked my outfit, I could accept the compliment with a smile and thank them. If it was a friend of mine, I might even proudly announce that I had made it myself. Yet, when in the same outfit, someone would say that I looked nice in it, I would push the compliment away.

During my early adulthood, I slowly began to notice the difference, yet I didn’t know what made the situations different. Now I can see that I was okay with being complimented on something I did, something I accomplished, but if the compliment was about me being pretty or attractive in any way, I couldn’t accept that. I did my best to answer the way mom told me, yet I still felt uncomfortable if the compliment was about my appearance.

Another component on my path to learning to accept a compliment was when a dear friend of mine, who was old enough to be my mother, told me not to steal a person’s blessing by demeaning their compliment. She said that when someone compliments you, they are giving you a blessing and when you push it away, you are stealing their blessing. That was the first time I considered that giving and receiving is a balance of sorts. And it was the first time I considered that me not being graceful in accepting a compliment could be upsetting in any way to the other person, even though I had experienced someone doing that when I gave a compliment.

The final piece to my greater understanding was when I went through training to become a hypnotherapist and I learned about how the subconscious mind works and things like situation self-confidence and self-esteem. How we receive a compliment has to do with our programming and for the most part we are taught, or programmed, that it is better to give than to receive, and that if you are too confident then you’re bad in some way. I began to see where I was experiencing situational self-confidence.

Perhaps there are times you, too, notice that you take a compliment well, and other times when you do not. Take a few minutes and begin to take note of those times. Then you could possibly start to discover the negative programming from which you are responding, and begin to change it.

Then you can comfortably receive compliments and share blessings gracefully.